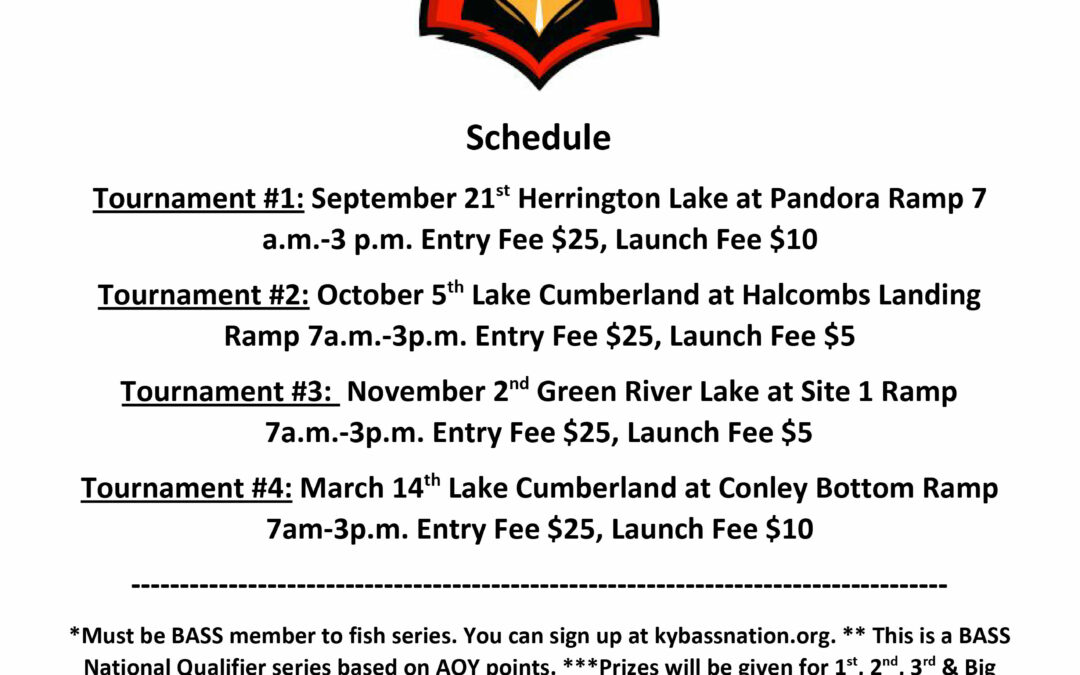 Casting with the Cards KBN Series 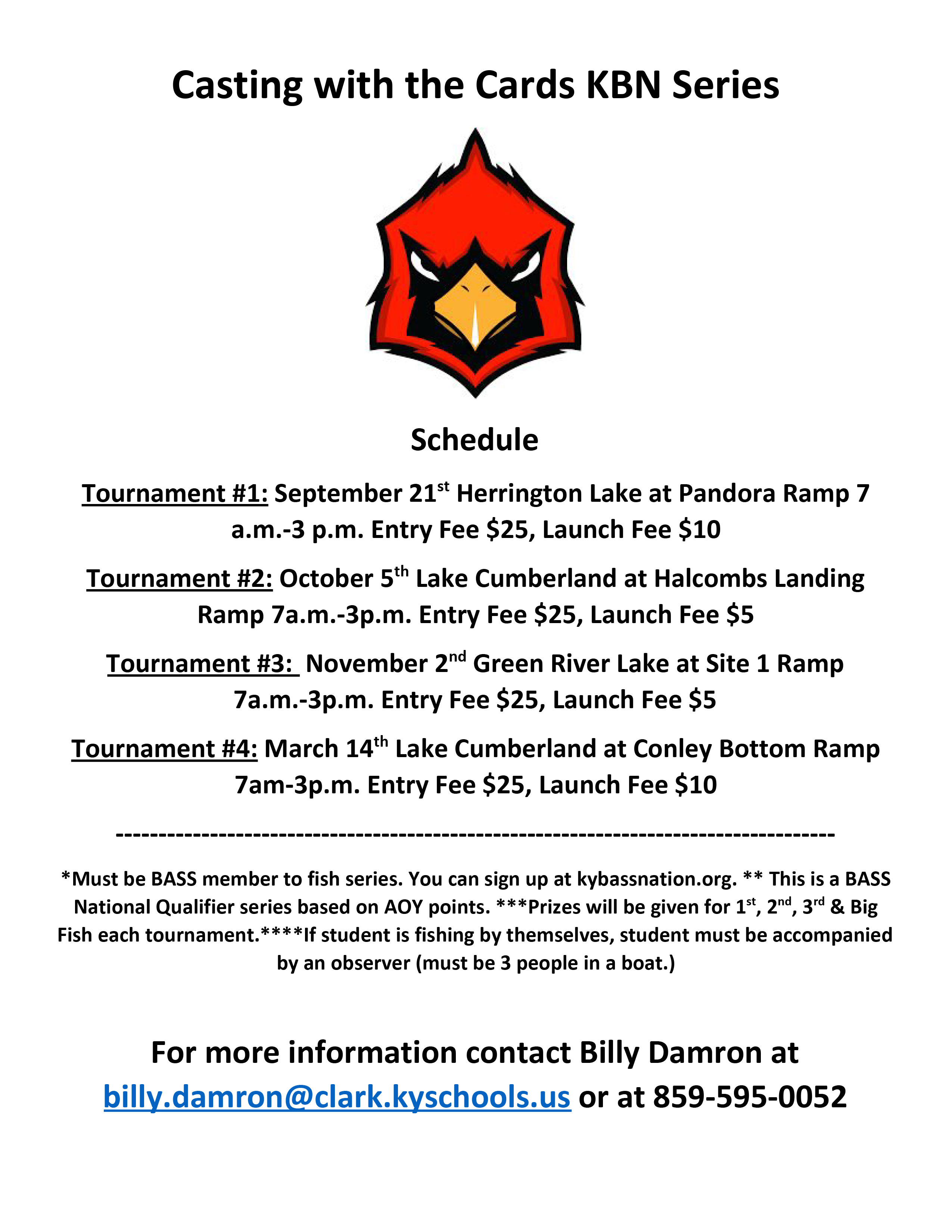 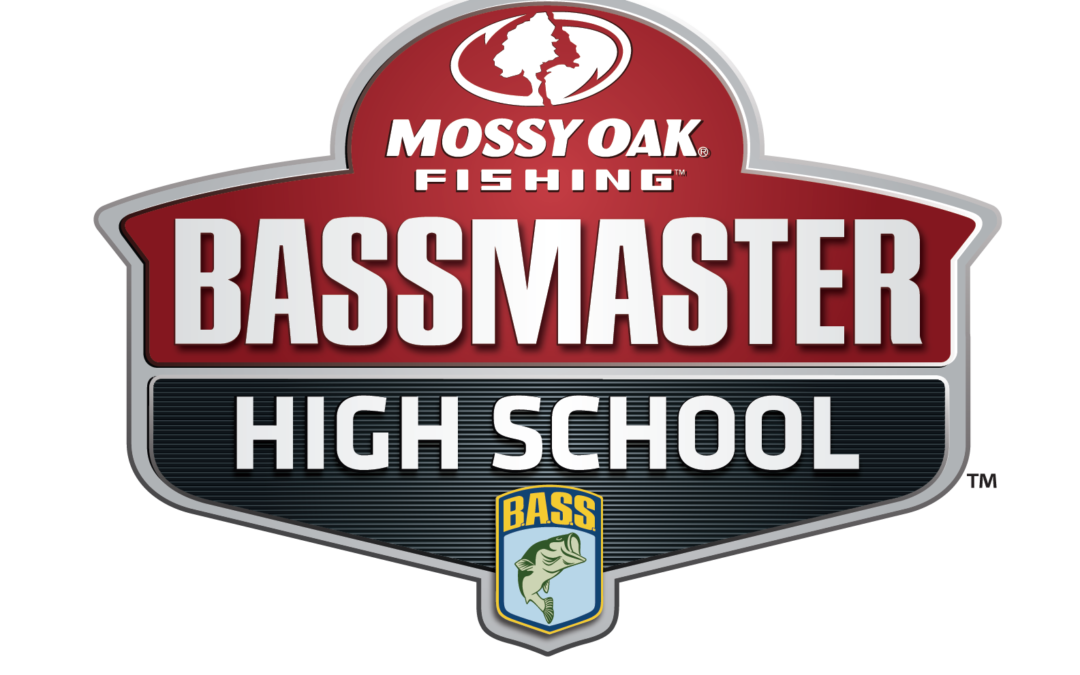 BIRMINGHAM, Ala. — High school bass fishing teams from around the country are being invited to
participate in the new Mossy Oak Fishing Bassmaster High School School Wildcard presented by
Academy Sports + Outdoors on Lake Cumberland, Kentucky.
The Wildcard is limited to the first 250 high school teams that register, said Hank Weldon, senior
manager of Bassmaster youth events.
This tournament will take place on Wednesday, June 12, on Lake Cumberland at Jamestown, Ky. The
format will be the same as the High School Opens, in which the Top 10 percent of the field will earn a
berth in the Mossy Oak Fishing Bassmaster High School Championship presented by Academy Sports +
Outdoors.
The Wildcard joins the Southern, Eastern and Central High School Opens as qualifying events for the
national championship, which will be held Aug. 8-10 on Kentucky Lake at Paris, Tenn.
“This will give a lot of our high school teams one last shot at making it to the National Championship,”
stated Weldon.
A pre-tournament meeting will be held June 11 at a site to be announced the week of the tournament.
Takeoff will be at 5:30 a.m. CT at Halcomb’s Landing in Jamestown, Ky. Weigh-in will take place at the
same location beginning at 1:30 p.m.
Registration for the tournament opens on Friday (May 24) at 9 a.m. Registration will close June 6 at
noon or whenever 250 two-angler teams have registered, whichever comes first.
To register, please navigate to:
https://ssl.palmcoastd.com/pcd/bass/registration/highschool/2019/enter
For more information, visit Bassmaster.com/high-school-bass-fishing. 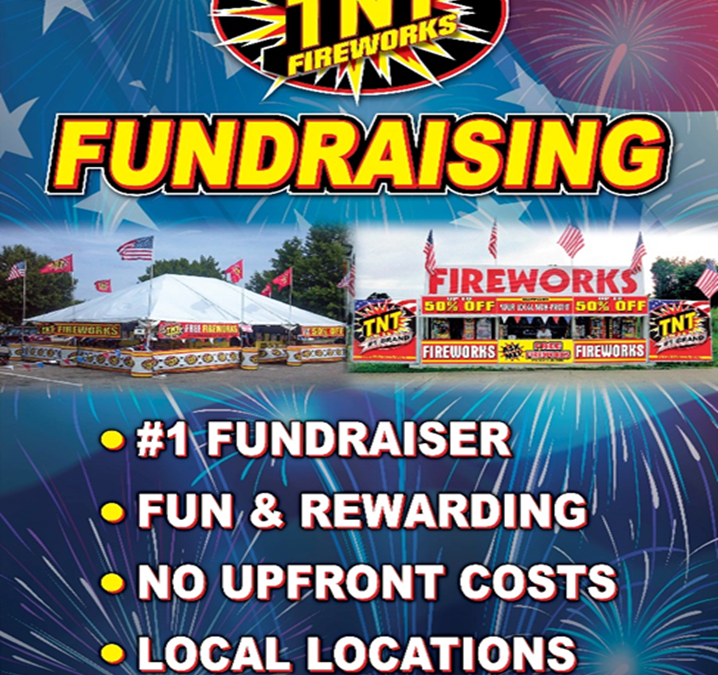 TNT Fireworks, the Nations #1 Brand,  is excited to be an exhibitor at the Bassmaster Classic Convention

in Knoxville next week.    We invite you to visit our booth (#2525 beside the Dick’s Sporting Goods booth) to learn more about fantastic fireworks fundraising opportunities available in your community.

Come by and SPIN TO WIN awesome TNT Fireworks gear or a Yeti Cooler!

Don’t miss this opportunity and please watch our video at www.tntblast.com. 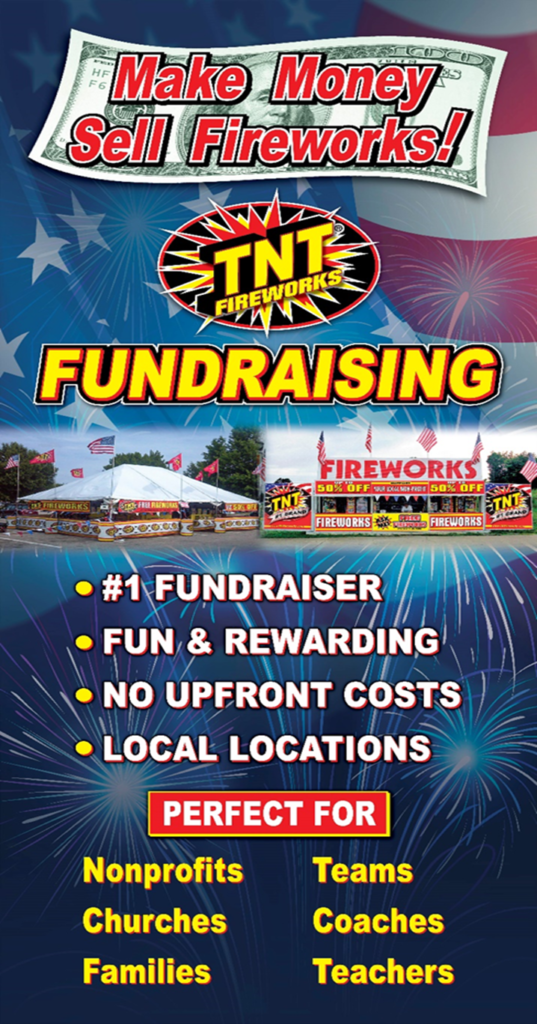 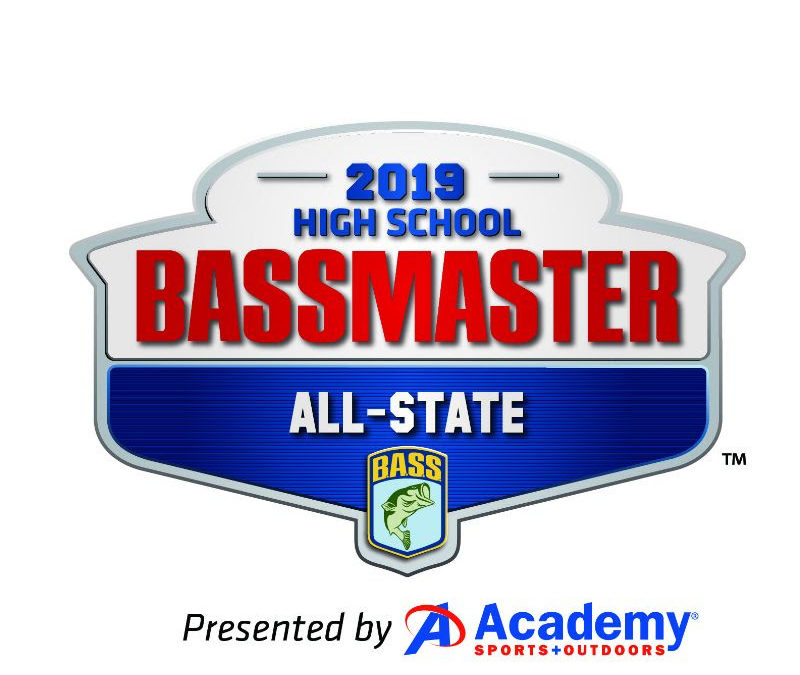 BIRMINGHAM, Ala. — Sixty-two outstanding high school anglers from across the country have been named to the 2019 Bassmaster High School All-State Fishing Team presented by Academy Sports + Outdoors.

The students were selected for the honor based on their success in bass tournament competition, academic achievement and leadership in conservation and community service.

“The Bassmaster High School All-American program recognizes the best young anglers in the nation,” said Bruce Akin, B.A.S.S. CEO. “These student athletes are at the top of our sport both with their tournament success and academic achievements. We are proud to honor their accomplishments on a national level.”

To be considered for the All-State Fishing Team, a student must have been nominated by a parent, coach, teacher or other school official. Students currently enrolled in grades 10-12 with a current-year grade point average of 2.5 or higher were eligible.

B.A.S.S. received more than 400 nominations from across the nation. From these, judges selected 62 student anglers from 35 states to make the All-State Fishing Team. In addition, 32 students received Honorable Mentions recognizing them for their tournament success as well as community service and academic achievement.

“These qualifiers are helping shape the future of our sport,” said Hank Weldon, senior manager of the B.A.S.S. High School program. “Their enthusiasm for sportfishing and their communities is exceptional, and we can only imagine what the future holds for these anglers.

“We are extremely proud to see our Bassmaster All-American program flourish, and we congratulate these student anglers on their success on and off the water.”

A second panel of judges will review nominations of the 62 All-State team members and select the 12 members of the 2019 Bassmaster High School All-American Fishing Team presented by Academy Sports + Outdoors. As in All-State judging, criteria include success in high school fishing tournaments, involvement in conservation efforts and other community service activities.

The 12 finalists will compete in a one-day Bassmaster All-American High School Bass Tournament held during the 2019 Toyota Bassmaster Texas Fest benefiting Texas Parks and Wildlife Department event, a fan-favorite festival that will take place May 2-6 on Lake Fork out of Emory, Texas.

Elite Series anglers will serve as teammates and “coaches” of the student anglers in the tournament. The high school standouts will be honored on the main Texas Fest stage at the weigh-in.

Below is the list of the 62 All-State anglers and 32 Honorable Mentions, in order by state:

About B.A.S.S.
B.A.S.S. is the worldwide authority on bass fishing and keeper of the culture of the sport. With more than 510,000 members internationally, B.A.S.S. is not only home to the nation’s premier fishing tournament trails, but it also boasts the most expansive and comprehensive media network in the fishing industry. Its media include The Bassmasters on the ESPN networks, more than 130 hours of tournament programming on the Pursuit Channel, 250 hours of on-the-water streaming coverage on Bassmaster LIVE and 1 million monthly visitors to the flagship website on bass fishing – Bassmaster.com. B.A.S.S. also provides more than 4.4 million readers with the best in bass fishing coverage through Bassmaster and B.A.S.S. Times, and its radio and social media programs and events reach hundreds of thousands each month. 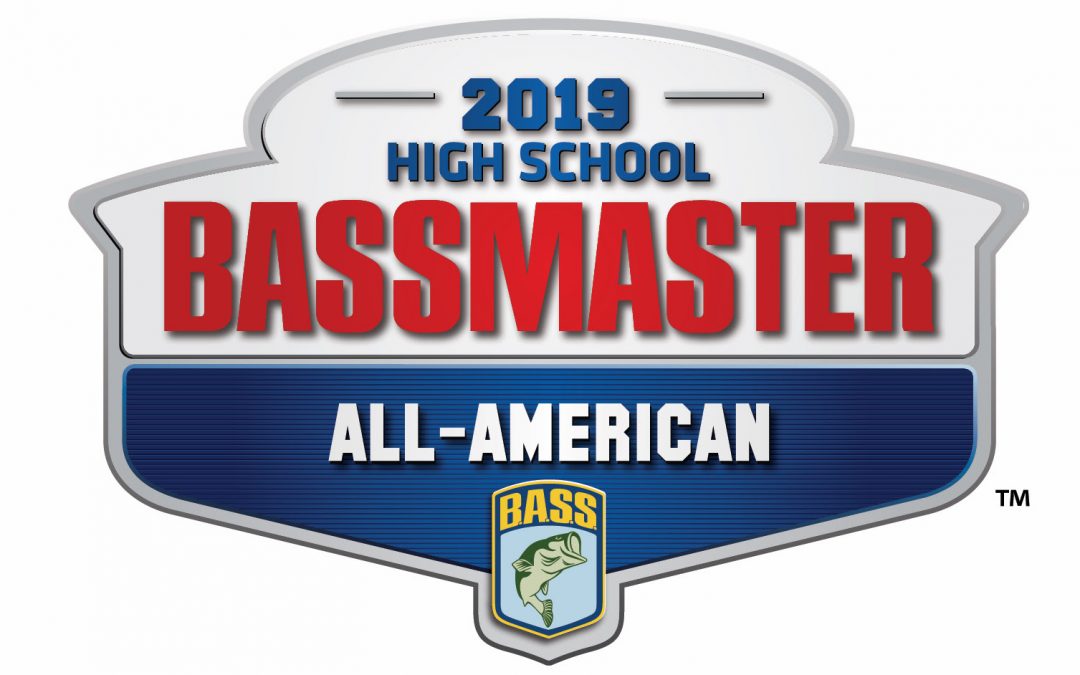 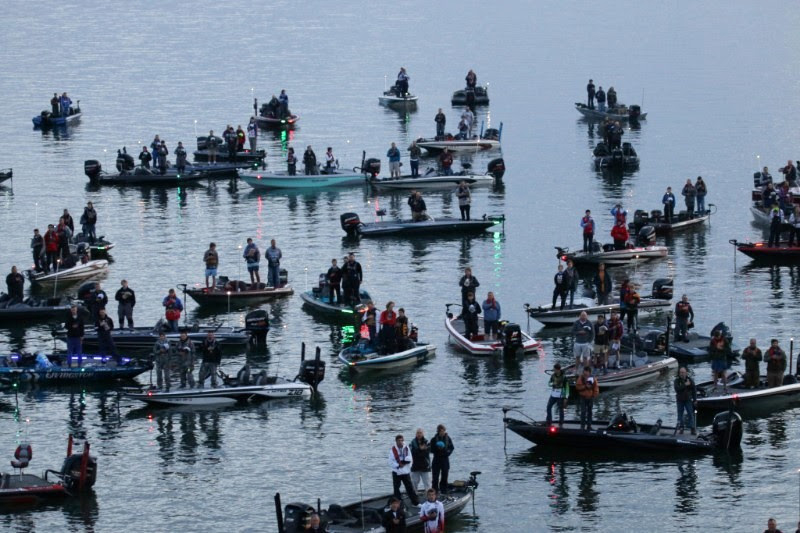