Learn secrets from the Classic 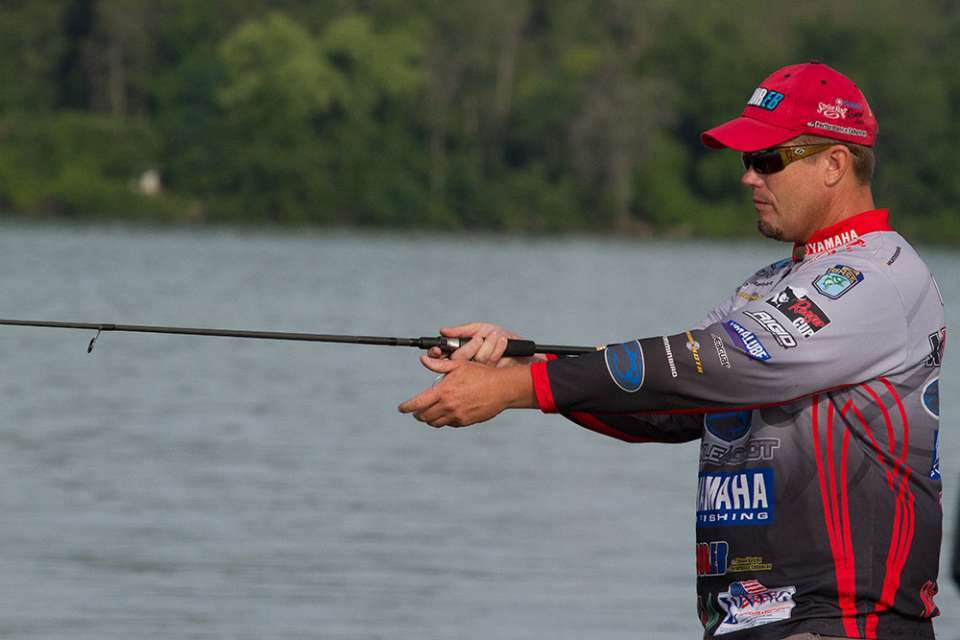 In order to remain competitive on the water, whether it’s on the Bassmaster Elite Series or your local trail, you have to continue to study the sport. Of course I always want to win, but sometimes I even feel like I learn more when I fail than when I succeed – and with all of the resources available there’s no shortage of opportunity to pick up new information.

Take our recent tournament on Lake Martin, for example. After two days on the water and a subpar finish, I tuned into Bassmaster LIVE on Saturday just like many of you did. The coverage taught me a lot about where I went wrong. It turns out that even though the score sheet seemed to indicate that I was out in left field, I really wasn’t that far away from doing much better. I didn’t key in on the right color crankbaits and I was a bit off on my areas, but overall it was good to know that I had something of a clue out there. I would’ve rather been fishing on Saturday, but since I wasn’t I took it as an opportunity to learn.

If you’re going to learn, there’s no better opportunity than the GEICO Bassmaster Classic presented by DICK’S Sporting Goods. You’ll have more than 50 of the world’s best anglers out there, and with no points on the line, everyone is going to try to fish their strengths. I don’t care if you’re the most versatile fisherman on tour, there are always certain techniques that we gravitate to, and at the Classic you’ll get a master class in everyone’s strengths.

A lot of time during the regular season that might not happen. I could go into a tournament looking to crank or flip for the win, but if it isn’t working after a couple of days of practice I may try to salvage my event by doing something else. That probably won’t happen at Hartwell – no one is going to pull out a shakey head just to fill out their limit.

With all of the coverage – Bassmaster LIVE, the Bassmaster blog, online photo galleries, etc. – it’ll be virtually impossible for the anglers to hide their little secrets, so why even try? There’s no glory in second, and for the Classic trophy it’s worth it to lay it all out on the line.

If you’re a weekend angler, it’s a chance to learn from the best of the best on the sport’s biggest stage, but you can believe me when I say that when it’s all over I’m going to study how it’s won and how the winner dialed in his pattern. Prior to Casey Ashley winning the Classic at Hartwell three years ago, I’d never realized the potential of the underspin. It’s still not a major part of my arsenal, but I’ve used it on occasion since then with some success. By watching how he fished it, and learning from the subsequent coverage, it sped up a process that might’ve taken me years to learn on my own.

I’ll admit it – I was disappointed that I didn’t win the Classic last year at Conroe, and I’ll be disappointed if I don’t win this year at Hartwell. I don’t like leaving a tournament site without a trophy in the passenger seat of my truck. If I don’t win, though, I always try to dissect how the winner figured things out or executed better than I did. At some point down the road a similar situation may arise, and I’d love to be able to take some of their little tricks or tweaks or specialized gear and beat them at their own game.